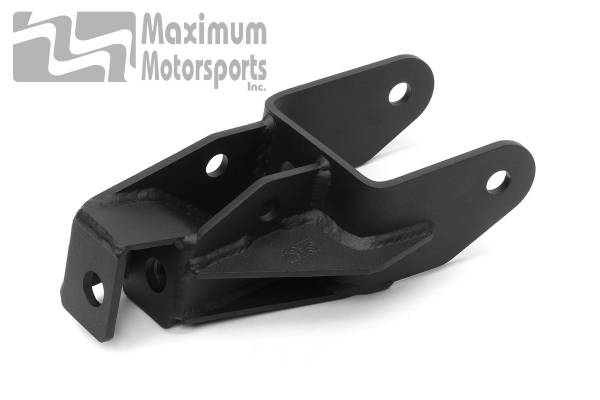 Also called "the part that Ford forgot" on 1979-2004 Mustangs, the Panhard Bar is a suspension link that provides lateral (sideways) location of the rear axle.

Installing an MM Panhard Bar is one of the most dramatic changes you can make to improve your Mustang's stability. In fact, while driving enthusiasts often express their appreciation for the improvement made by an MM Panhard Bar, you know it's good when a spouse notices the difference from the passenger seat, as several customers have reported.

Your Mustang's handling is so dramatically improved by adding a Panhard bar because it eliminates the unstable and unpredictable behavior caused by the Mustang's notorious stock rear-steer! Installing an MM Panhard Bar eliminates the axle movement that causes the rear of the car to steer itself. This easy-to-bolt-on part is mandatory for a Mustang to achieve truly great handling.

What is a Panhard Bar?

As you can see, there are many important reasons to install an MM Panhard Bar: