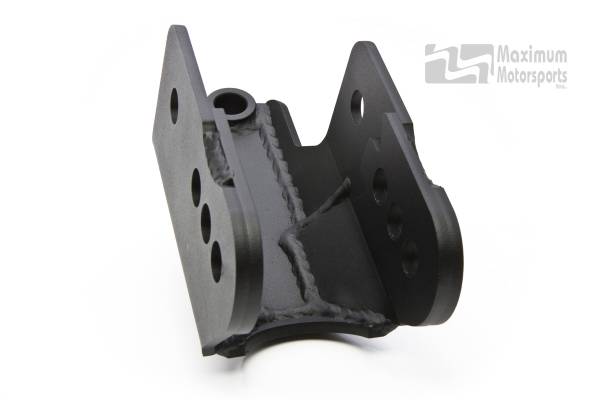 Save by purchasing with MM rear lower control arms

MM's Engineering Team load tested these brackets, as well as brackets from other manufacturers. The claimed superiority of weld-on brackets over bolted-on brackets was quickly disproved by testing. It is the design of the bracket that ensures strength, not the method of attachment. All other relocation brackets started deflecting at much lower load levels (power levels) than the MM-designed relocation bracket. Load testing is just one of the ways we confirmed that our design was not only stronger than others, but is also up to the challenge presented by a high-powered Mustang.